FAIRFIELD — A former Travis Air Force Base neurosurgeon who was bicycling on a Fairfield road when she was hit by a Solano County vehicle has settled a lawsuit against the county and the city for $14 million, her attorneys report.

Dr. Anne Sholes, then 53 and chief of neurosurgery at the base, was riding her bicycle to work in the marked bike lane May 3, 2016, on Air Base Parkway in Fairfield when she was struck from behind by a Solano County employee driving a county box truck.

Sholes had serious injuries as a result of the crash, including a broken back and compound fractures to her lower left leg and a broken ankle. Her injuries rendered her unable to continue her career as a neurosurgeon, her attorneys report. Sholes filed her lawsuit against the county in October 2016. Sholes also sued the city, alleging poor road design.

They said this is one of the largest settlements against a public entity for a bicycle crash in California.

Sholes was represented by Gregory Patton and Holly Mosier of the Patton Mosier firm. 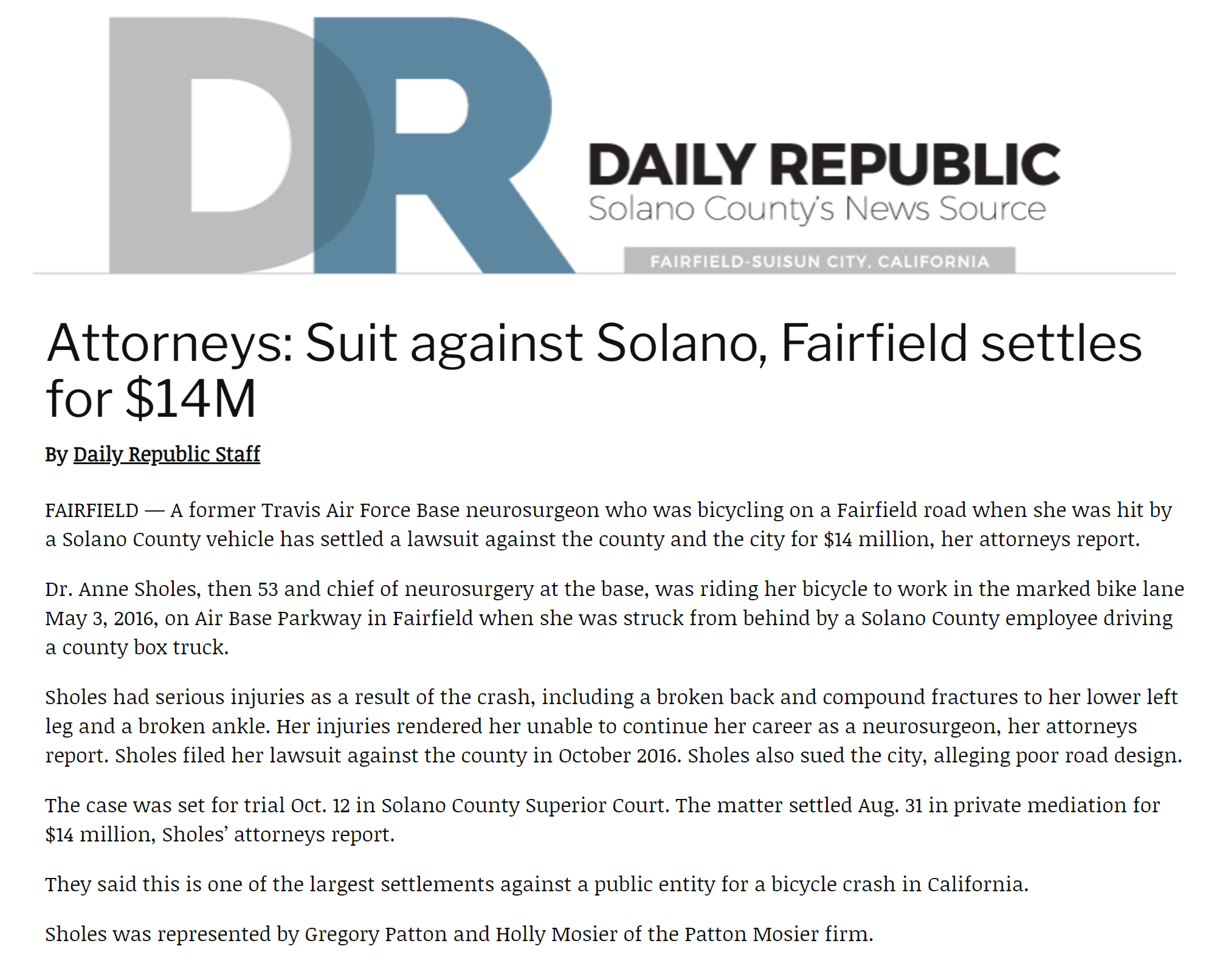