Elizondo, 37. and his son, Richard L. Elizondo, 17, were victims of a shooting on January 15, 1998. The pair were in the garage of their Pico Rivera townhome when Ismael Michael Medina, who was burglarizing the home looking for guns he could later sell, was startled and opened fire.

The shooting left the elder Elizondo, a former Maywood reserve police officer, a quadriplegic and confined to a wheelchair. Elizondo’s son was shot in the arm and chest and has since fully recovered from his wounds.

Medina, a 24-year-old Rosemead gang member, was sentenced to two consecutive life sentences, each with an additional 25-year prison term for the attempted murder of the Elizondos.

Patton said that although the townhomes are within a 6-foot-high electric gated community, it’s easy for burglars to climb over the fence, as Medina did, because the top of the gate is flat instead of having spikes. 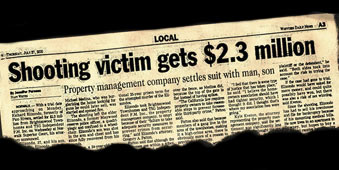